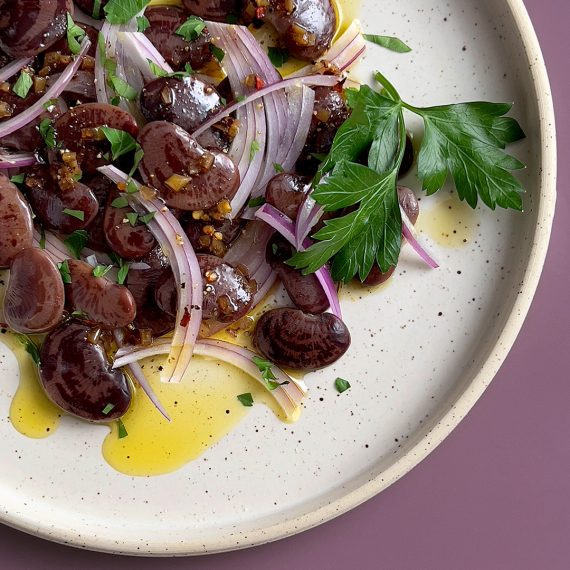 Great Heirloom Beans Carry This to the Next Level

Those who’ve been following along with my cooking adventures are aware of my fondness for Rancho Gordo’s dried beans. This variety is one of my favorites. And I love the name – Christmas Lima Beans. They don’t taste like any lima bean I’ve ever had. They’re huge and creamy and almost smokey in flavor.

Here’s how I cook my beans. I soak them in 8 cups of water and 2 tablespoons kosher salt overnight. Salt brining beans was an eye opener for me when I first encountered the technique several years ago. The beans end up being seasoned all the way through and they cook more evenly. My beans are creamier since I’ve been soaking them in salted water. I’ve gotta mention how I always get such a kick seeing how the beans appearance changes after they’re cooked. It always seems like magic to me. Yeah, folks, it’s the little things. 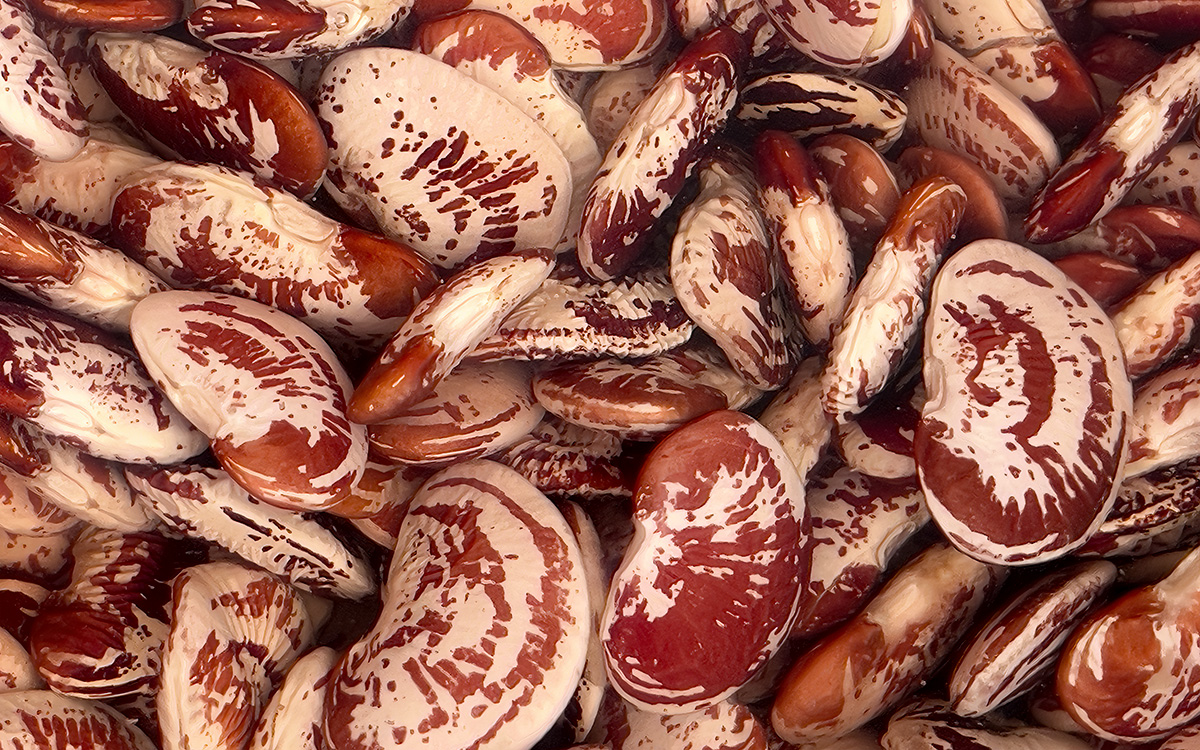 In the morning I drain them, put them in a pot with 12 cups water and 1 teaspoon salt. I bring them to a hard boil and depending on the size of the bean, I boil them from 5 to 15 minutes. With beans as large as these I boiled them for a full 15 minutes. At that point I put a lid on the pot and cookthem in a 300 degrees oven until they were done. If the beans are small I start checking them for doneness in a half hour. In this case, it took one hour and 20 minutes for them to be fully cooked. I took them out of the oven and let them sit covered until they’d cooled to room temperature.

In the meantime, I whisked together some olive oil, minced preserved lemon peel, a little sherry vinegar, hot pepper flakes, black pepper and black garlic salt. You don’t need to use the black garlic salt, but it adds a nice touch if you happen to have some on hand.

If you’ve never used preserved lemons, I highly recommend buying a jar or making them yourself. A jar lasts a very long time and the peel’s salty briny flavor adds a punch of flavor to many recipes. I always keep them on hand.

Right before serving, I tossed a couple cups of drained beans with sliced up red onion, chopped flat leaf parsley, and spooned on the dressing. I saved the rest of the beans for another meal later in the week. Most bean salads use white beans or some variation, but I’m nuts about using these big meaty beans in this kind of salad. And plenty of olive oil never hurts anything.